Most of the album, Johnny Cash: Forever Words, was recorded at the Cash Cabin Studio in Hendersonville, Tennessee. My father began making music there in the early 1990s working on what would become the first “American Recordings” album. He had his engineer set up two microphones and recorded in the intimate setting of the small one room cabin. He worked there throughout many of their American Recordings series.

I have continued to make music there after my father passed away, and since then, the cabin has grown in size–two more main rooms, three booths, and a natural reverb chamber among its additions. One of the artists on this album, Johnny Cash: Forever Words, actually was one of the first visitors to the Cash Cabin, far before it was ever considered to be a studio—Elvis Costello.

His name and the date, 1979, are on the mantle. Elvis and my father were good friends. They wrote music together and had a wonderful comradery. They made music together. Elvis, of course, had been produced by Nick Lowe when my dad met him.

Nick was married to my sister, Carlene Carter at the time. Hearing Elvis take on my father’s words was most certainly exciting. Elvis follows his heart creatively. Although I was not there, I know that Elvis looked down at those words and the melody and music came to him immediately.

I’ll Still Love You most certainly stands out on the album. It is inspired and symphonic, and most certainly true to Elvis’ creative force. Strings, reed instruments and horns, masterfully accompany Elvis and the piano. He connected with my father’s lyrics and his spirit comes through strong. 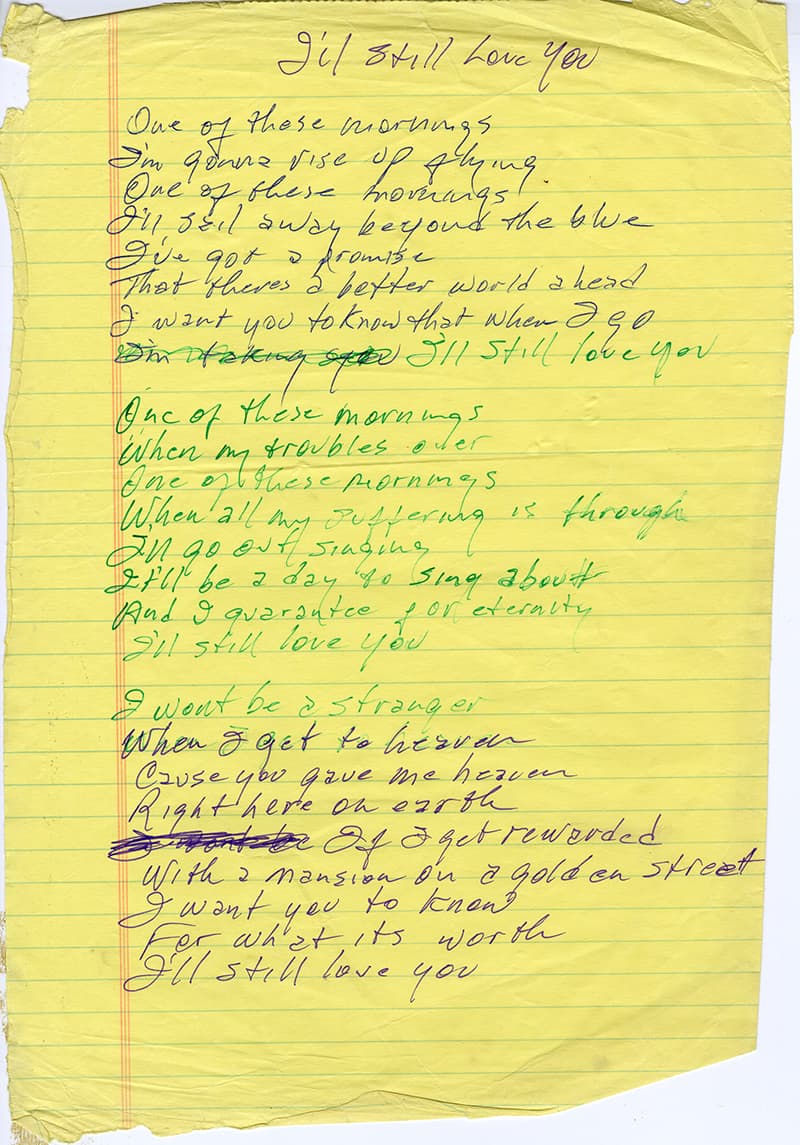