He read books about the Vietnam War. He read books about people that were living with issues after the war – post-traumatic stress syndrome. And he connected with them in understanding that there were those out there that were suffering from deeper physical pain than he was. And he also connected with them by saying, “We are all the same. We are all carrying these scars. We all have these things from our past, perhaps that have wounded us deeply, that we still carry with us.” 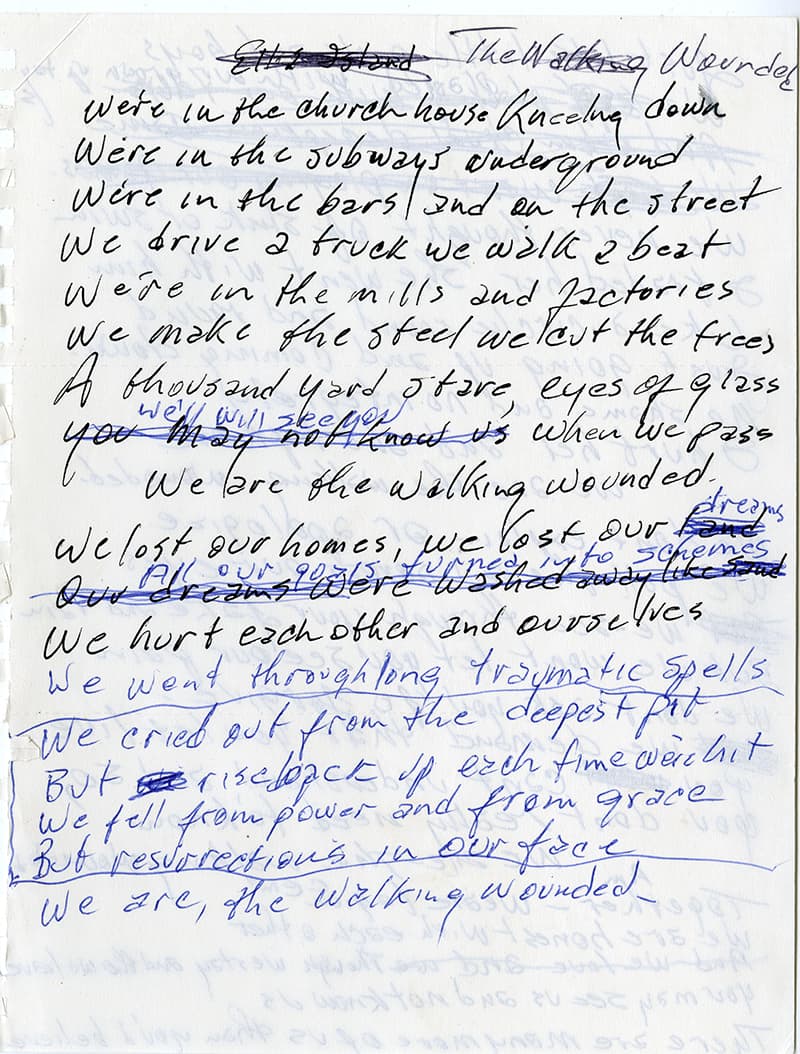 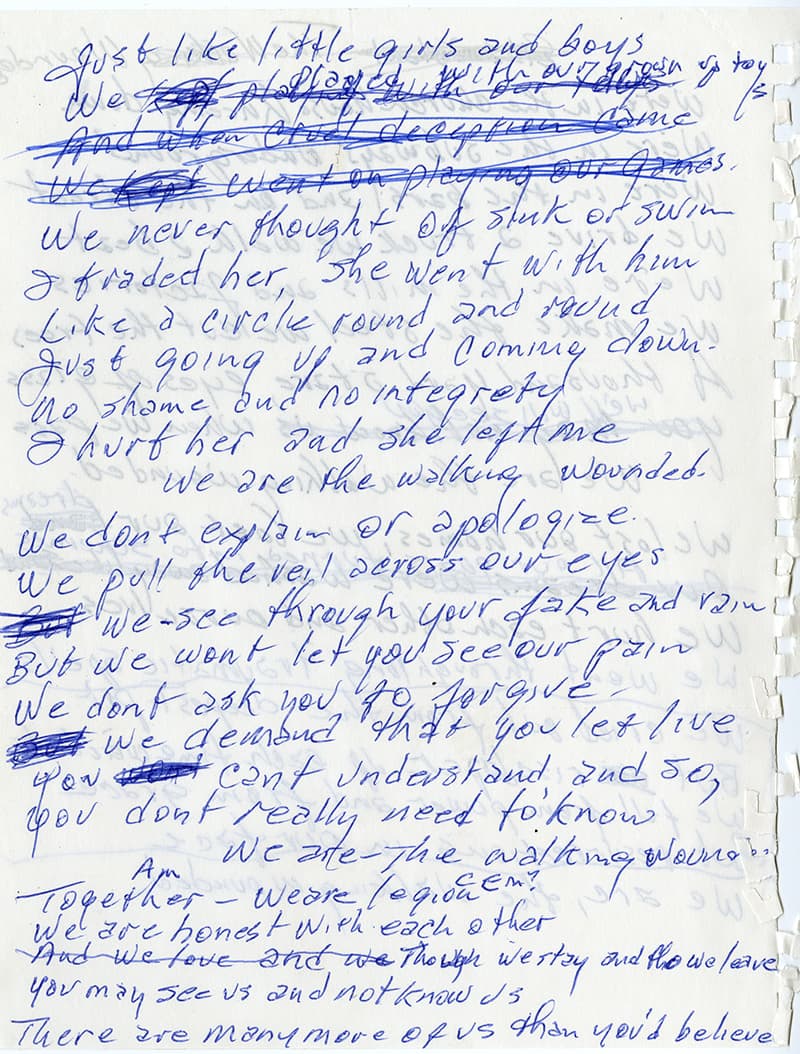 Rosanne looked at the words and knew that it was something she wanted to do, to co-write with her father. Of course she would’ve done it no matter what, if he was standing in the room, and they would’ve written something spontaneous and different, perhaps. She took in his words and connected with the depth of Dad’s understanding. She did this beautifully.